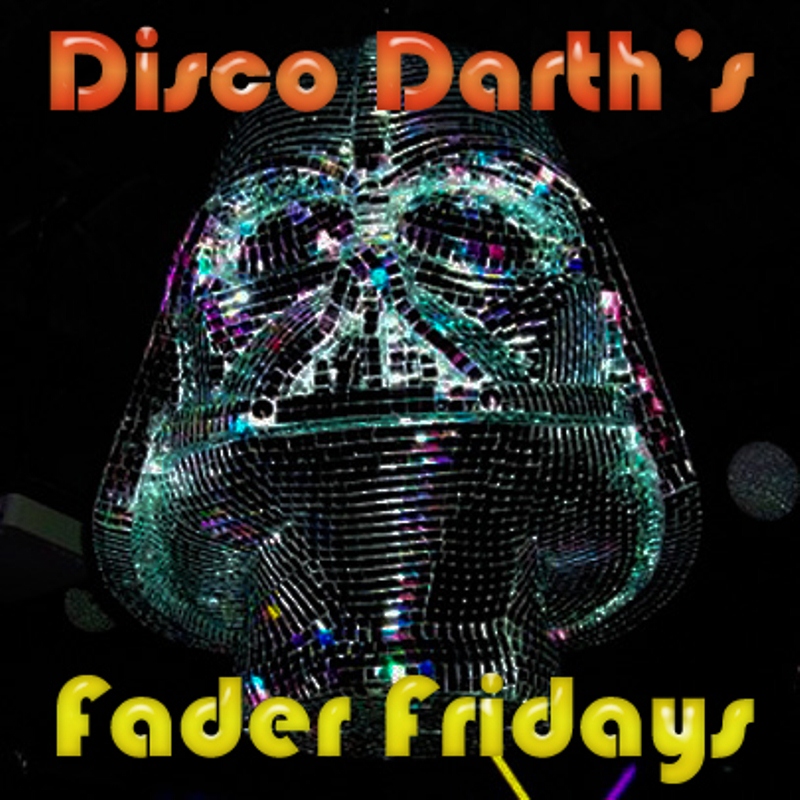 You just pulled down your sweaty socks while your beer chills not far from you away in the fridge, but you are just tired from work and standing up would mean you have to get the pants back up where they were.
The sky is grey when you look out the window, but wait, you can’t see em because there is a big ugly rotten house in front of your window and the ambulance and the police are making noise like hell almost every 15 minutes.
You have had it.
But before you take the controller into your hands, you decide to take a little look onto Nudiscoyourdisco.com and there you discover….DISCO DARTH!

Your savior for the upcoming weekend – five brand new mixes to play out loud, and that’s what you do immediately while still on the couch. And there it is that special sparkle in your eyes! Minutes later, you are getting that fantastic beer from Belgium out of your fridge, you call your friends, you decide to take a shower and you are getting ready to get out of your damn apartment to party all out! That’s what Disco Darth had in mind when compiling this blog-post! Get your dance-shoes on and wild out tonight! You’re ready? We are!

First up is the Thunder from Down Under, Jordan F from Sydney with his F- Me Tape series. We wouldn’t wonder if Jordan’s next gig is in Vegas as it’s a hot mix for sure and the lady’s man is a sure-shot to host his own show there. Get Mariah off the stage now, we got Jordan right here!

When it comes to Ikea House, there is no way we can pass by J.Davs from Sweden. After bringing Wasa and Ikea to the Emirates, the Snuss-chewing fella has round 30 of his “Spend a Fortune, Make a Malm” out to please you while shopping new furniture.

Origins BCN-resident Timeleft from Barcelona should be hanging out at our favorite bar called “El Pachuco”. If not, he is def missing the best mezcal in town and the probably most interesting rest-rooms we ever have seen. Now back to his mix: It’s as good as the tapas you can get there, so it’s a must-eat…and listen.

It’s getting all windy in here and no, I didn’t eat any beans yet. We are heading to the Windy City where DJ Rahaan resides. We don’t know if the record-stores still exist on Milwaukee Ave and North Clark Street but the disco vibe is still there for sure if you play Rahaan’s tape, which you should do not only once but as often as possible!

Paris got more artists than taxi-drivers. The guy next to the corner selling cheese is an aspiring musician which goes also for the souvenir-shop owner next to him. And disco, funk and house is everywhere so no wonder when there is a new crew popping up every day doing the disco as well. Disco De Nuit are no exception but I am pretty sure to hear much more in the near future from them as the two are veterans in the business with some years of partying hard at the Wanderlust, so expect more to come soon!

That’s all for tonight, now turn the stereo off and head out!