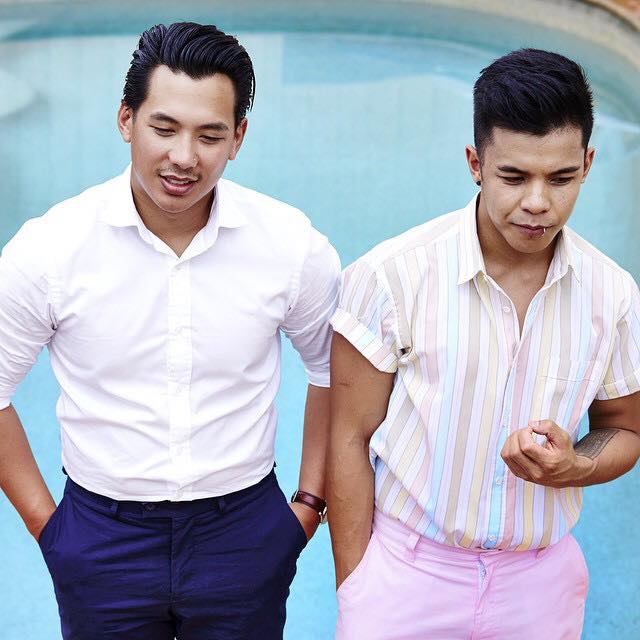 At NDYD we’ve been fans of Midnight Pool Party since their first single popped up our Soundcloud-stream so fortunately we’ve been able to talk to the guys a bit about their artistic lives.

Their past songs “Linger” and “If You Were Mine” plus the awesome remixes coming with them have been constant parts of our iTunes-playlists. Their new single “Stay” is out on Soundcloud now and can be downloaded for free so another good opportunity to make yourselves more familiar with the Australian duo.

Thanks to the guys for the interview.

1. We’ve known Midnight Pool Party for a long time but could you go back to scratch and tell us, when you guys did start the project and what has been your main influence in setting it up?

We have both been playing music together for about 5-6 years, but as “Midnight Pool Party” only since 2013. We wanted to get serious about music, and make music that we loved listening to. We are heavily influenced by disco/funk, so we wanted to be part of it and contribute.

2. How would you describe your daily routine? Are you working on new music on a daily basis?

Well we both do have day jobs, but we are definitely making music a priority this year. Music is an on-going creative process. Sometimes it starts with a simple melody or chord progression that one of us comes up with out of no where! So for the rest of the day, we’re totally distracted trying to build the idea in our heads until we can get home to our laptop and start putting down the ideas. We’re constantly sending each other ideas, snippets, or references of sounds so when we meet up we start putting everything together and refine the ideas.

3. As for your sound, how important is Australia? Would you say the climate, the people and the music scene do have a special influence on your music?

Australia is a fun place to be and theres a lot happening all the time.  We draw influences on a realtime basis. We are constantly vibing on everything thats happening around us environmentally, socially and musically. There’s a great sense of talent and community when it comes to music in Australia. We definitely listen to other Aussie home grown artists and watch and see what they are doing.

4. If you’d have to pick three musicians you could spend a day with, who’d you pick and why?

Flight Facilities – These guys are pretty much our heroes! We would love to spend a day with them, have a beer, jam, pick their brains and see how they work!

Daft Punk – Do we really have to explain why? haha I mean, come on! They are disco/dance legends. To spend a day with them and learn from them would be insane.

Prince – Because he is INSANE. We want to know how his mind works, what makes him tick, and try on all his outfits!

5. What can the listeners expect from Midnight Pool Party in the coming months and have any touring plans been made yet?

DEFINITELY MORE MUSIC! There are some new things we are trying and are excited to show everyone! No plans to tour yet, but we’ll see how everything goes with our next round of releases this year!