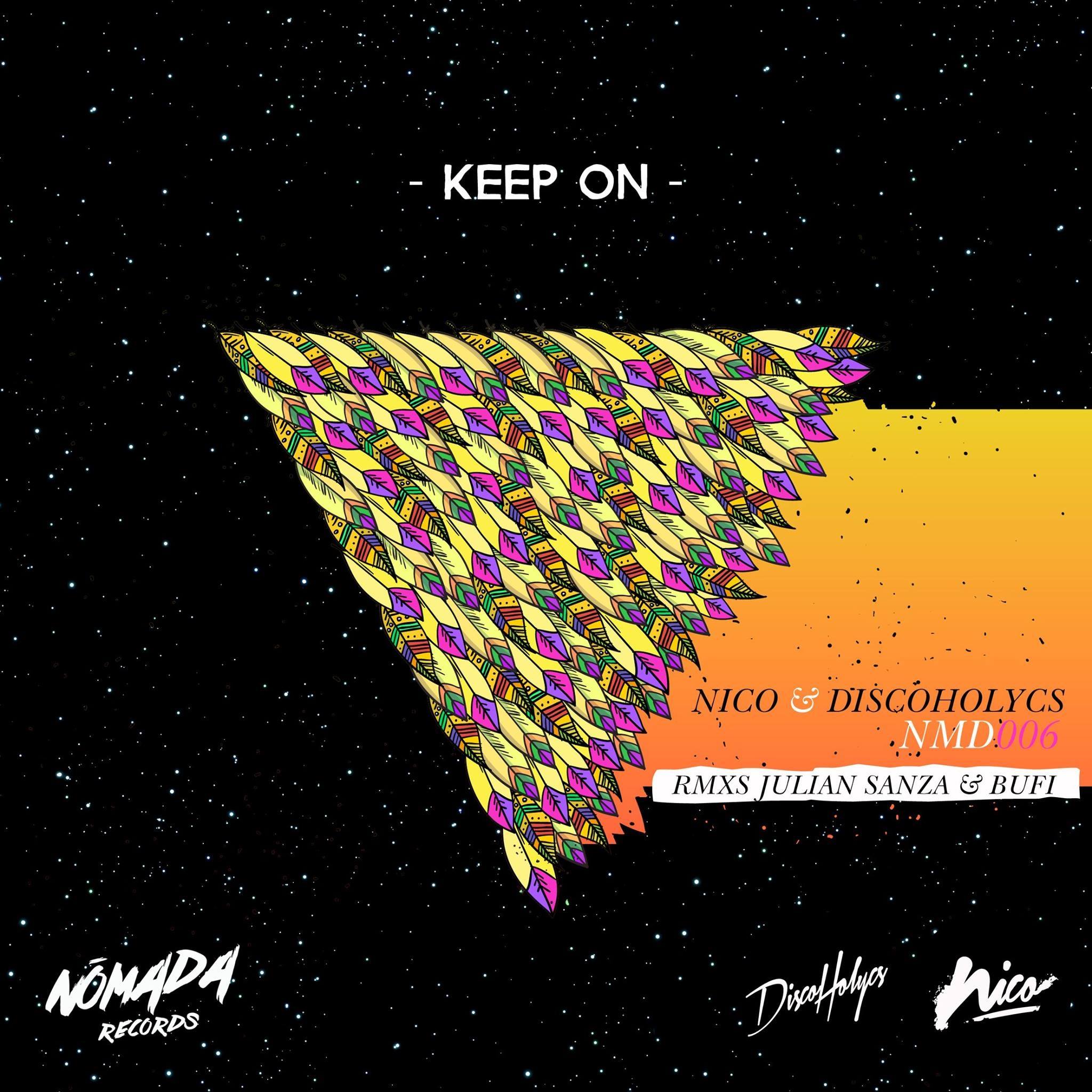 Nomada Records is a new record label from the capital of Colombia, which have been releasing some quality stuff from upcoming Colombian artists who you should keep an eye from like Felipe Gordon, LaFrench Toast, Lucien Magual and more recently Nico & Discoholycs, who just released an EP collaboration of both projects.

Nico & Discoholycs have been characterized by their strong influence in genres such as Funk and Disco, achieving to preserve in each of their productions this musical heritage, mixing it with different club melodies.

This time they come with a new and fresh Ep called “Keep On” Vía Nómada Records. Four tracks (two originals and two remixes) full of high energy danceable Groove. The original cuts are accompanied by 80’s lead synths , strong basslines, latin percussions, subtle guitar riffs and Soulful vocal samples by Kathy Brown and Nico which call to the body exorcism on the dance floor. On the other hand the Latin American producers Bufi (México) and Julian Sanza (Argentina) took care of the remixes who achieved a resonant climax by adding powerful deep techno basslines, minimalist atmospheres and experimental dark sounds.