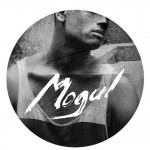 The newest addition to our producer-camp was born and raised in Germany’s capitol Berlin. A passionate music-lover ever since he first listened to a melody, Mogul quickly became attached to the art of making music. His arrangements usually are way more than your usual producer can handle and come with a deep knowledge of his art. Labelling him as a pure Nu Disco-, Disco- or Funk-producer would be wrong for his musical vision has no borders. We could spend words on how many records he listened to, what his musical influences are and where he sees himself in 5 years time. But we rather would like to let his music speak for hisself:

More information and music can be found here.