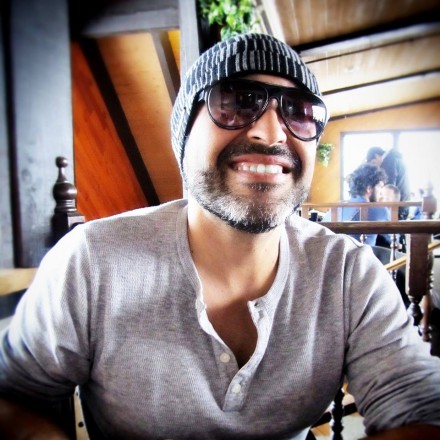 The music of West Coast DJ, Ricardo Torres can best be described as a blend of deep, soulful house, and disco inflected with the particular sound of the west coast vibe, sultry and smooth. He plays the music that house heads love to dance to; confident that when the music flows from hands that love house it can be an uplifting, groovy and sexy experience.

Ricardo has been on a quest to achieve that perfect mix ever since his first chance encounter at the turntables, in 1987 at his college radio station. Shortly thereafter in 1988, he was first introduced to house music. Ricardo quickly changed his direction and followed the early days of Chicago Acid House. He moved towards this style of music since he found it to have a new and unfamiliar energy within itself. In 1995 Ricardo, moved to Los Angeles, a city basking in sunrays and radiating the good vibes he himself perpetuated. And here, Ricardo discovered the funky, soulfulness of the west coast sound. Many of his early hero’s such as Jay-J, Chris Lum, Julius Papp, Mark Farina, and others gave him the desire to gravitate towards this deeper, more soulful West Coast style.

While still a local Los Angeles DJ, Ricardo – inspired by his love for this genre-decided early on in the year 2000 to post his mixes online to share with the world. This was fairly new and innovative at the time. This act of sharing his musical vision without prejudice or limitations caused him to be sought after to play his brand of house music in cities all over the world. He continues to offer up his masterful mixes, as host of syndicated radio shows online as well as on satellite radio in the USA.